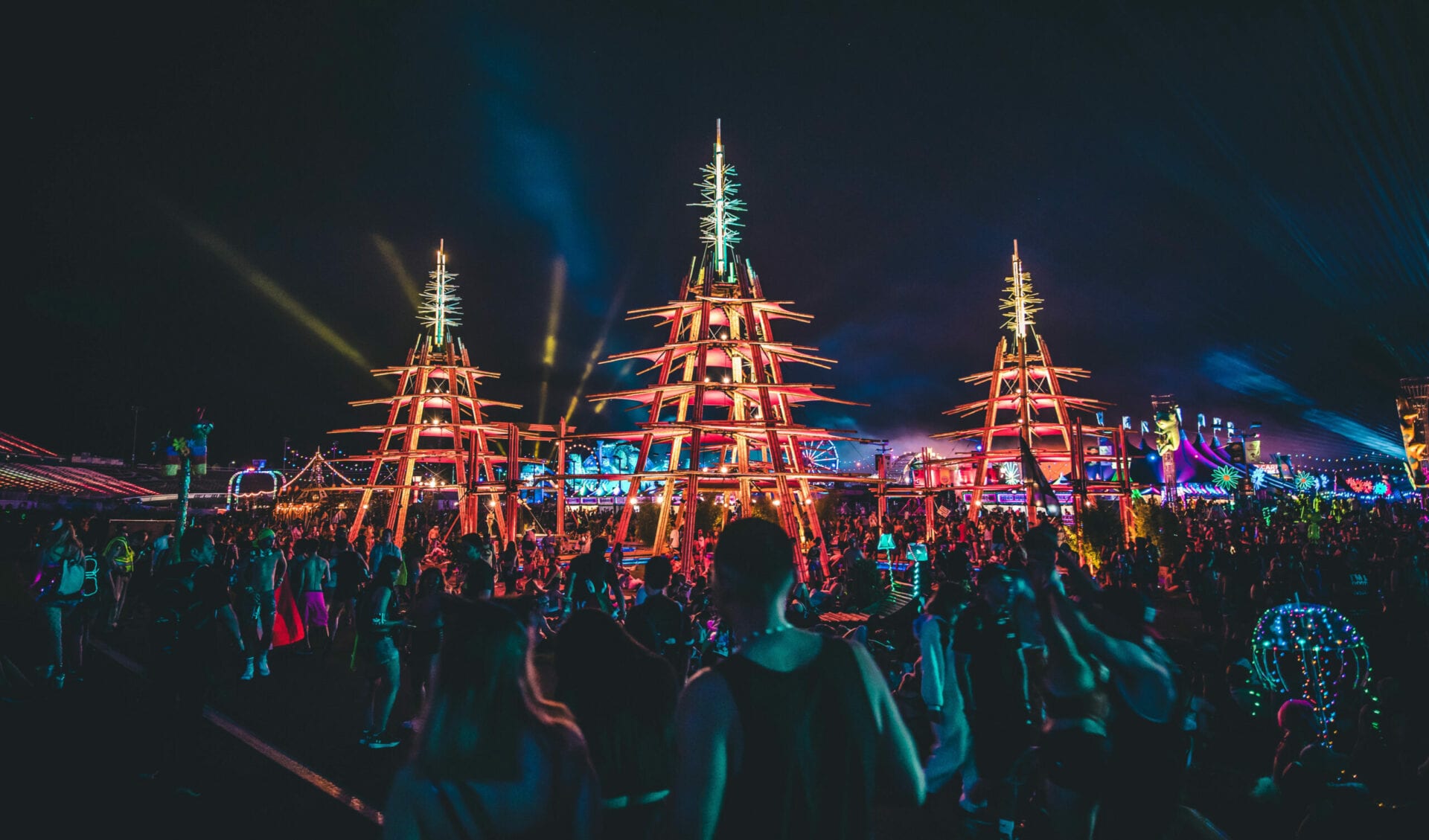 If you are planning to visit Vegas for a crazy night out, you won’t be disappointed. Las Vegas is home to the best nightclubs leaving you with the best memories. While COVID-19 may have made going to these parties challenging, the city and nightclub owners have done their best to ensure the safety of their visitors. The city has taken proper precautions to ensure the spread of the virus is prevented by setting up sanitation stations, mask mandates, social distancing, and capacity regulations. With that said, we are going to tell you which of the best nightclubs in Las Vegas are opening their doors for incoming tourists.

Before we start listing up the clubs, here is some basic information you should know before you head to one of these nightclubs.

The standard dress code for most of the nightclubs in Las Vegas is upscale casual. However, if you are unsure, it pays to dress more formally just to be on the safer side. They won’t allow you to enter the place if you are wearing clothing they consider inappropriate, which would merely ruin your entire night.

For men: Nightclubs tend to be stricter for men when it comes to the dress code. They need to wear a nicely fitting pair of pants or jeans, dress shoes, and a button-up shirt or sports coat.

For women: Something nice or cute to go along with a pair of heels. For those who want better comfort, a pair of dress flats is also decent enough.

It should be noted that these nightclubs tend to have sizable waiting lines. Depending on the popularity of the location you have chosen to party, these lines can take up to three hours to get inside. It’s one of the reasons why it may be necessary for you to arrive by 10:00 pm at the latest to avoid missing out on a night of fun. You could also try to reserve a VIP table with bottle service to skip the entire line.

To avoid standing in line for a good portion of the night, you and your friends could try to reserve a VIP table. Reserving one offers you a plush area to sit down, along with some bottled services with free mixers for the entire night. The price for these tables can range from $600 to $8,000 in cost.

Another option available to you is to find a VIP host for the club you want to get into. You can easily find them through the power of Google. These hosts are capable of getting you and your friends on the guestlist, which permits everyone in the group to get in for free. For this method to work, it requires that there is an equal ratio of men to women in your group. VIP hosts can also help with the reservation of a VIP table.

With that out of the way, let’s go over the 6 best nightclubs in Las Vegas.

First on our list is Omnia, a nightclub that is located at Caesar’s Palace. This nightclub will blow your mind the first time you enter because one of the first things you will notice is the massive 22,000 pounds kinetic chandelier hanging from above the dance floor.

You may be wondering what a kinetic chandelier even is? Well, consider a massive lighting show that uses lED displays and video elements to make the entire nightclub scene even more exciting.

As the club blast some excellent music from some well-established DJs through a state-of-the-art sound system, the light show continues to get intense. If you need a small break from the energetic vibe of the club, you can head to the rooftop garden, where you can relax and enjoy the view of the Las Vegas Strip.

The nightclub Jakasan can be found at the MGM Grand hotel. Since it’s one of the most popular nightclubs in Las Vegas, getting access to the place is not easy. Hakkasan has managed to build one of the most over-the-top main rooms with some of the best DJs and theme decorations around. The club also has dancers lined up throughout the room, and they change each night. This club has hosted some of the best-known DJs around, such as Tiesto and Lil Jon.

There is also another club that can be found inside Hakkasan, called the Ling-Ling Room. It offers more open-format music. Hakkasan is open from Thursday through Sunday nights.

If you thought the Cirque du Soleil’s night shows are some of the best around, then you have not seen the one that happens in the Light Nightclub. The nightclub is in Mandalay Bay. This Club has a partnership with Cirque, and they use some of the most cutting-edge technology and performances that immerse you throughout the night. It makes you feel like you’ve entered a whole other dimension because of the massive two-story-tall LED screens that provide a unique video show to accompany the beating music.

The Light Nightclub mostly plays hip hop music and the current top 40 music. They also have a calendar on their site that allows you to see what is playing there during the days you are visiting Vegas. Some well-known performers have played there, such as Ludacris, Jeezy, and Rick Ross. The venue also has three bars that can provide you with all of the drinks you need, with barely any wait time in between. Their VIP tables are also positioned in some excellent spots where you can see all the excitement no matter where you are seated.

The VooDoo Nightclub can be found at the Rio hotel. This place was created to throw some special parties in Las Vegas, which is saying something. The venue is known for throwing some of the largest parties around on the rooftop of the hotel. With a wide range of music, guests will receive some of the best music all night long.

Furthermore, Club Voodoo is open each night of the week. You can dance until the early morning hours and leave wanting more of that fun time. They also offer special bottle service packages on certain days, so it’s something to look out for when in Vegas.

Located at the Cosmopolitan, Marquee Nightclub is a glamorous club that is centered right at the heart of the Las Vegas experience. The massive 60,000 square feet area offers its visitors three distinct rooms filled with a different atmosphere in each one. On the enormous main dance floor, you can dance to music played by some of the most well-known DJs around, which is all played from a 40 foot LED DJ booth.

However, if your preference is more towards multi-format DJs, you can head to another dance floor known as the BoomBox. If you need to wind down a bit from all of the crazy partying you’re doing, you can head to the third room, known as the Library. This room is a lush removed area where visitors can relax for as long as they need it. Plus, the room offers an exciting view of the Las Vegas Strip. The Marquee Nightclub has everything you need for an exciting night of fun.

Tao Nightclub is an Asian-inspired club located at The Venetian and is considered one of the oldest and most popular Nightclubs in Las Vegas. The nightclub has had some well-known celebrities have their birthday parties here, such as Kim Kardashian. The place offers a select range of music and an equally diverse crowd of all ages and backgrounds.

The nightclub also has multiple rooms with lavish Asian-inspired decor. For example, the Opium Room plays hip-hop music exclusively. There is also a 40-foot balcony that overlooks the Vegas Strip, and it has some of the best sound systems and lighting integrated all over the place. Tao nightclub also has an incredibly fast service bar. Some people even consider it the best one out of all the nightclubs. You can also reserve a VIP table, which provides you with bottle service.

Wrap Up the Night with Cannabis

Nightclubs can be a lot of fun, but with all of the excitement, you will want to relax after a night of partying. Las Vegas is one of the many places that have legalized the recreational use of marijuana. If you want to top off the rest of the night in a more relaxing manner, then you should consider getting yourself some excellent cannabis products to ease the rest of the day away.

Wallflower Cannabis House will provide you with quality cannabis to finish the night off. We have everything you need, from edibles to vapes, concentrates, and much more. Our in-store cannabis dispensary hours are from 7am – 2am. The perfect time to visit us after fine partying at a nightclub. 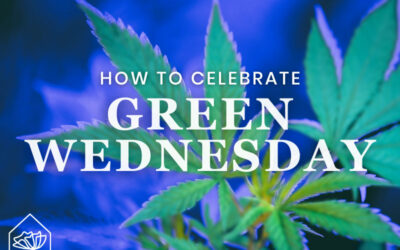 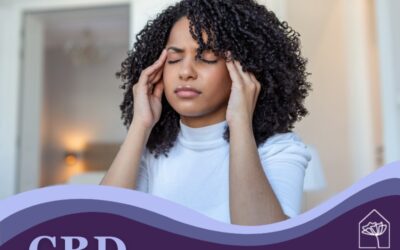